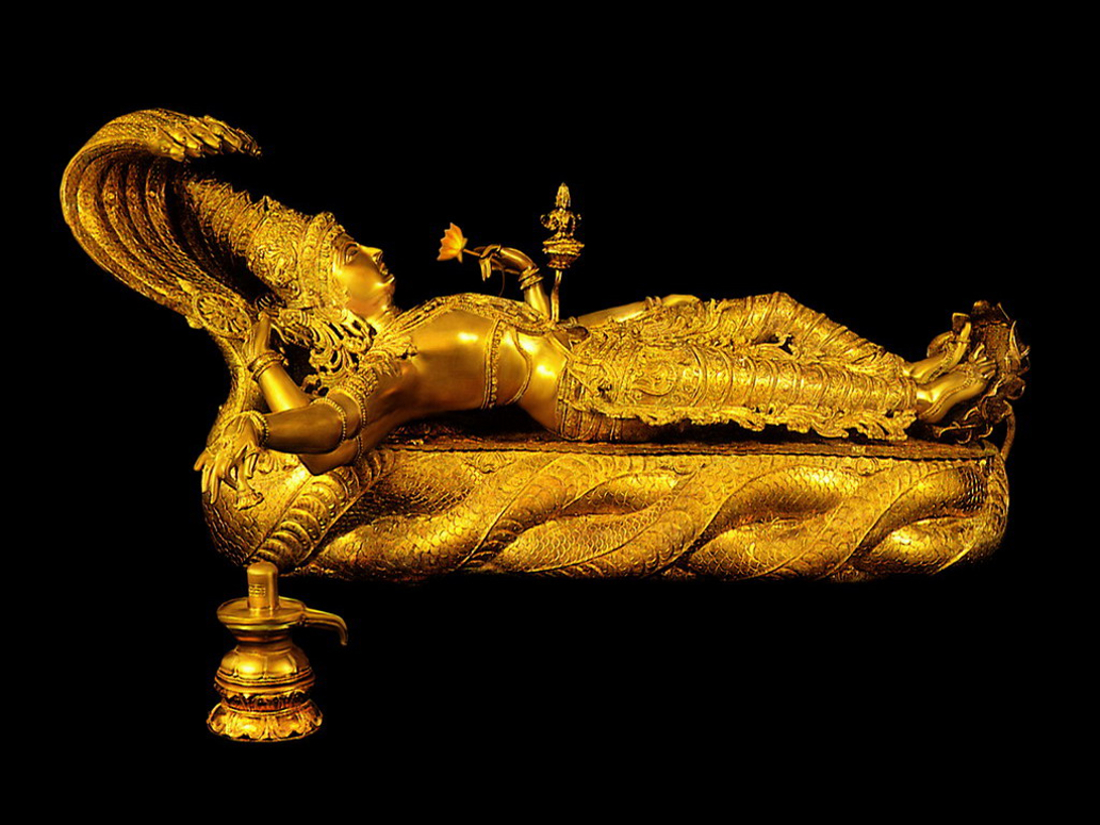 Please sign up your time slot for parayanam on line using the following link:

Vaikuntha Ekadashi is one of the important and auspicious days for Hindus. It is dedicated to Vishnu. It occurs in the Hindu calendar, in the month of Margashirsha (between December and January). When observed, it bestows liberation from the cycle of birth and death.

The significance of Vaikuntha Ekadashi is mentioned in the Padma Purana. The legend says that the Devas were unable to bear the tyranny of ‘Muran’, a demon, approached Shiva, who directed them to Vishnu. A battle ensued between Vishnu and the demon and Vishnu realized that a new weapon was needed to slay Muran.

In order to take rest and create a new weapon, Vishnu retired to a cave named for the goddess Haimavati in Bhadrikashrama. When Muran tried to slay Vishnu, who was sleeping, the female power that emerged from Vishnu burned Muran to ashes with her glance.